The classic Australian play The Season at Sarsaparilla from the pen of Nobel Laureate Patrick White, is experienced director Leigh Oswin’s directorial debut for Three River Theatre in Launceston.  The play’s challenges, both in style and breadth of themes, and the fact that it is iconically Australian, was exactly the motivation for Oswin.

The play is a scathing attack on the Australian dream of a brick veneer house on a quarter-acre block in the suburbs.  At its simplest it’s a portrait of sleepy suburbia, where the action follows the mundane lives of three households over a few days – a young girl becomes pregnant and kills herself; another falls in love; a marriage cracks under infidelity; a man loses a friend; a woman has a baby.  It has everything from comedy to tragedy and pathos.

While some of White’s work can be described as difficult, Oswin notes the brilliance of this script means that the play can be experienced at different levels, where for example first time theatre goers will have a great time enjoying the comedy and tragedy, easily recognising the characters played out on stage in the equally recognisable suburban setting.

But for someone more used to White’s portrayal of Australian life, the deeper and quite dark meaning of the play becomes apparent and White’s commentary on life in Australia in the 1960s becomes clear.

The play’s full title The Season at Sarsaparilla: A Charade of Suburbia in Two Acts – points toward what White intended for its portrayal on stage. While White’s focus on satire and cynicism plays throughout, there are moments when the characters are deliberately two dimensional and superficial.  Act one is very much the comedy, and it’s in Act two when the charade begins to be peeled away and the audience sees the heart and soul of the characters and realise why some are behaving the way they are – and why they might have grated in Act 1.

Balancing caricature and realism is a particular challenge for Oswin in this production, but this is taken further with the use of intricate detailed mime sustained over the life of the play.

Mime is not an overly practiced art form in theatre, and is a skill few actors possess.  To ensure the cast were up for the challenge, during the audition process an element of mime was added to seek out those with potential to step up to this challenging design element so important to Oswin’s vision of what was required.

With the complex staging of 3 suburban Australian kitchens and the backyards that extend from those spaces, Oswin knew it was going to be imperative that everybody who lived in the house knew where everything was from the outset.  The rehearsal process incorporated a focus on physicalisation of character, and a lot of work around the orientation to space.

As soon as that foundation was laid, the actors were able to push each other to “up their mime game” and the play comes alive in the detail work that is added by the actors when they are not the focus.

The challenge of playing with mime, charade and caricature, and heart felt naturalism extends to the designers as well.  This is a complex show in terms of staging, set, costume and lighting – and as Oswin says, it is a challenge that the all Launceston local team of actors, designers and back stage crew have risen to and surpassed.  Altogether this is not just another rendition of a classic play, but one in which the interpretation is true to the writer’s intent but with impressive elements providing the understated “wow” factor that audiences will love.

Prepare Thyself For Action – Romeo and Juliet in the Gardens, Albury 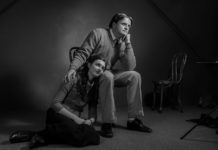 Darkness and Light in Maitland – the Diary of Anne Frank 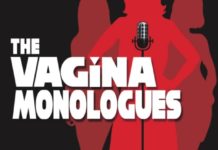 Creative Brilliance for a Show with Impact – Mittagong NSW