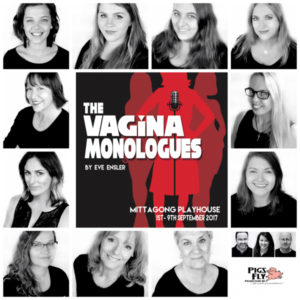 In a big move for Pig’s Fly Productions, production team Fiona Jowett, Lou Vella and Greg Oehm have chosen a show to challenge their audiences and coax them out of their snug Southern Highland houses, and possibly even their comfort zones.

The Vagina Monologues, described as “probably the most important piece of political theatre of the last decade” is as relevant to today as it was during its Off-Broadway debut back in 1996.

Through the eyes of 11 women and their incredibly powerful stories, the play delves into issues such as body image, consensual and non-consensual sexual experiences, genital mutilation, sex work and other related topics.  And while much of the material is confronting, the play is also “witty, funny, moving, and beautiful. The stories are true. The women are real. The Vagina Monologues is a work of art”, says Jowett.

This is a play that requires not just a great ability to deliver lines, but an ability to live the lives of the characters on stage – and it is something Jowett has taken great care to develop in the cast.

Using an approach “somewhere between a university English tutorial and a book club” Jowett and her very talented stable of women actors have developed an understanding of who the story tellers are, ensuring each character comes to life on stage in an individual way.  As Jowett says “we’ve tried to put each actor in the skin of the woman whose story they are telling”.

But it’s not all about Jowett’s ideas.  To have great impact, the emotion needs to come from the actors themselves.  Utilising the cast’s extensive acting experiences, some upwards of 20 years, Jowett has collaboratively developed a sense of sympathy and consciousness in her actors, knowing that these are real people’s stories. 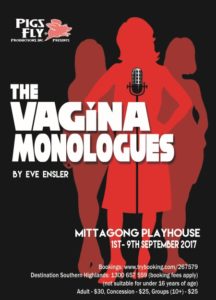 To ensure that the words, and the emotions, are the heroes of the piece, Jowett says they have taken out some of the feminist militancy that is sometimes woven into productions elsewhere – to focus on the powerful stories of the women. The staging too is pared back and lighting is used to focus the attention of the audience on each actor as they tell their story, with each nuance the actors can deliver critical to the audience experience.  In this production there really is nowhere to hide on stage.

The use of 11 actors, rather than the typical 3, not only provides more opportunities for the highly talented stable of actors to be involved in this memorable production, but provides opportunities for the linking text of the stories to be delivered by multiple actors, sometimes up to six stage.  Thus developing a more creative dynamic compared to the original one women show delivered by the creator Eve Ensler.

This is a show to experience – and perhaps one where you should check your comfort zone at the door, along with your coat.

The play traditionally highlights awareness and raises money toward working to end violence against women. With this in mind, this year’s charity, WHITE RIBBON AUSTRALIA, will be receiving a percentage of the opening night’s box office takings. 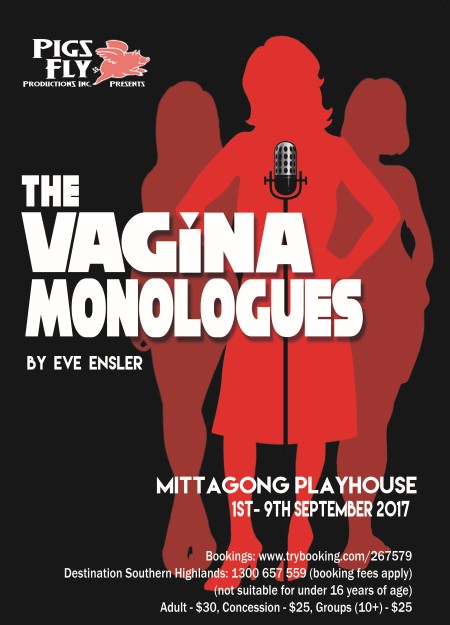