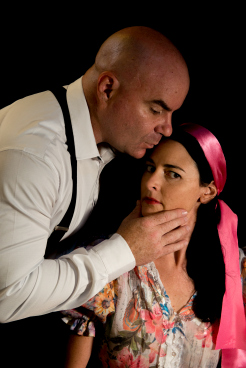 “Opera is the new black” ……or so thinks Melanie Smart, founder and artistic director of the Gold Coast’s first ever Opera Company.  Inspired by the incredibly talented local singers performing in the choruses of touring Opera Australia and Opera Queensland productions, Smart decided to create her own opera company to give locals the opportunity to perform when the big companies had left town.
An experienced singer, actor and performer in her own right, opera lover Smart was determined to bring opera to Gold Coast audiences, but with no hand book to guide her, and no rules to follow, Smart took the bull by the horns and Opera Gold Coast was born. With much experience as a performer on the Gold Coast, but little in the way of production experience, Smart launched headlong into developing the company,  using her innate organisational skills to get the company off the ground – and hurdling some major issues along the way.  With little more in the way of support than encouragement of friends developed over the years of performing in the region, Smart found the best way to start a company was to put on a show.
In 2015 Smart directed and starred in a production of La Traviata in conjunction with Spotlight Theatrical Company, but now the fully fledged Opera Company is going it alone with their production of the timeless classic Pagliacci.
- Advertisement -

Although Smart has a small team to take this production to the stage, including music director David McNeven, repetiteur Marie Nicholson and Gold Coast’s own Anthony Gee who has written a new English language version just for this production, like all new theatre companies in their early stages, much of the grunt work often comes down to one person – in this case Smart.  Not only has Smart taken on the role of producer, booking venues, handling ticket enquirers, and putting out small fires along the way, she is singing the lead female role of Nedda!
Having recently experienced the success of small opera companies in London who perform full operas in small venues like pubs and other intimate spaces – Smart was determined to bring that type of experience to the Gold Coast.  Smart brings the blood, sweat and tears of opera to audiences, and the English version is just one way that this production will guarantee audiences are immersed in all that Pagliacci has to offer.  Opera Gold Coast’s mission is to bring opera to people who may normally shy away from the traditional opera experience. “We want to present fantastic stories and amazing pieces of music in intimate, engaging productions, and to contemporary audiences. Most importantly our productions are sung in English.”
Perfect for this intimate staging, Smart chose Pagliacci because of its wonderful music, dramatic and gripping story that is relatable to contemporary audiences, the iconic imagery of the clowns, and of course that big aria “Vesti la giubba”  that  everyone from The Simpsons to Pavarotti has cashed in on. 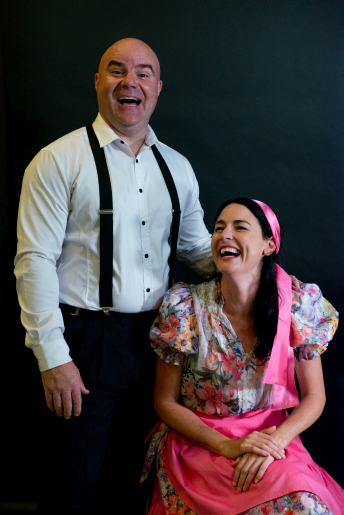 There is no pretentious grand opera style to this production, and although the music and casting are as the composer intended, along with the English version of the libretto, clever use of sets, props and some modern theatrical devices creates a stylised production – adding a layer of interest and excitement not often seen elsewhere in opera performances, and certainly rarely on the Gold Coast.
The cast for the show are drawn entirely from the Gold Coast.  The five lead roles are supported with a small but perfectly formed ensemble.  And somewhat unusually, Smart had no trouble finding men to audition for the roles – something other theatre companies around regional Australia might be rather jealous of.
This production could almost be called a chamber opera, and audiences should just about expect to feel the actors – a real physical experience.  With such close audiences, realism and believability in the characterization of the roles is a key focus.  This, combined with the intimate staging and no artificial amplification between the singers voices and the audience’s ears, will definitely achieve Opera Gold Coast ambition to bring opera to the people.  And how often do you get to experience a new opera company in Australia – let alone outside the big cities?  Show opens April 28. 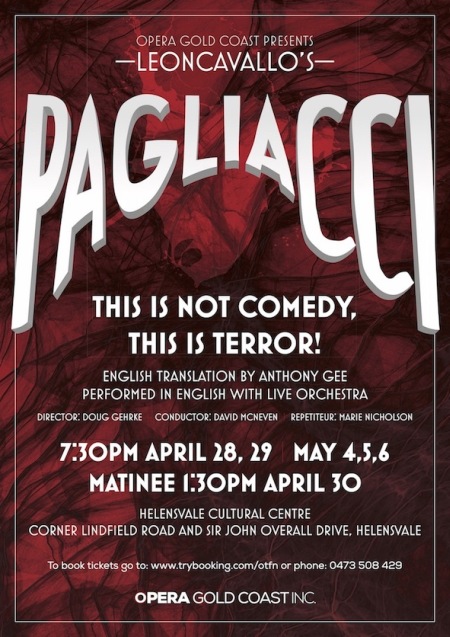