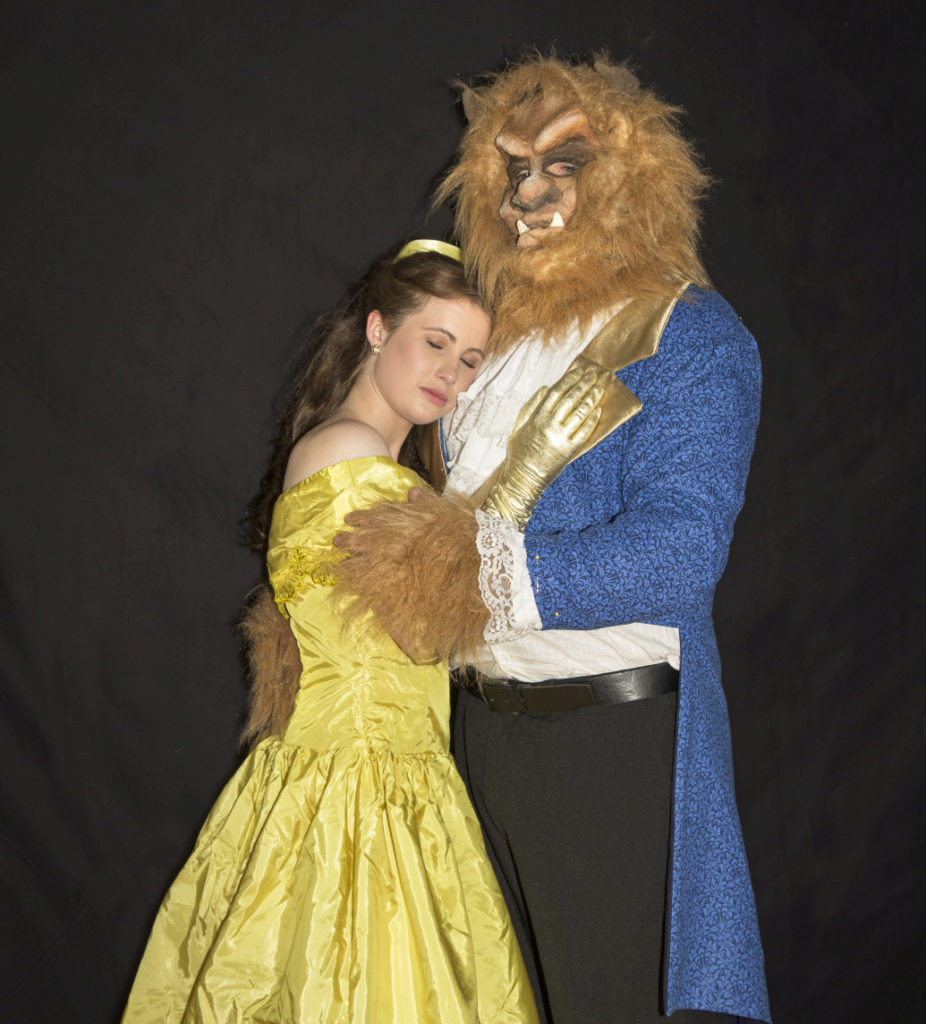 In a piece of perfectly timed production forecasting, Disney’s Beauty and the Beast is coming to Bairnsdale in May in the capable hands of Bairnsdale Production Line Theatre Company.  With the release of the film version breaking box office records, this and other renditions of B&B around the country will benefit, not only in ticket sales, but in audience excitement as they see the “big screen” brought to the stage – alive and singing.

After reviving the Company in the early 2000s, Beauty is another in a long list of high profile productions for BPLTC which has included two major productions every year, at least one of which has always been a musical.  Excitement has been building since rehearsals began in November last year, as the entirely local cast and production crew prepare for opening night at the company’s ‘shed’ and the neighbouring ‘Woolshed’ at the Bairnsdale aerodrome

Many people will be familiar with the famous fairy tale and Disney’s musical, as well as of course the recent film release, where the story of a prince is turned into a hideous beast, only to be released from his torment by having his love for another returned. The heroine, Belle, captures the Beast’s heart when she unselfishly changes places with her father who has been taken prisoner by the Beast. The original story written by French novelist Gabrielle-Suzanne Barbot de Villeneuve and published in 1740 is lengthy and full of additional plots and story lines that have been rewritten many times over the years, most notably by Disney, and although the recent film reinstates some of these additional parts, the stage production mostly plays true to Disney’s tale, and is much the better because of it. 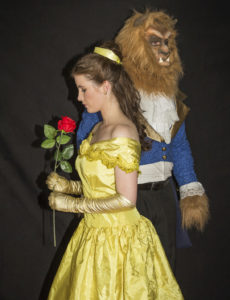 The show sees a stage love affair return to Bairnsdale with Belle (played by Bairnsdale’s Christine Turra) and the Beast (Hugh Pemberton) having starred as Eliza Doolittle and Freddy Eynsford-Hill in BPLTC’s production of My Fair Lady in 2015 – although this time Pemberton might be more successful in love than in his role as poor Freddy.  Christine’s abilities are also well known with her recent role as Miss Dorothy in BPLTC’s production of Thoroughly Modern Millie a favourite among audiences from across the region.

Many more local talents are filling the roles of the behind the scenes crew, including Director Skye Smith, Assistant Director Peter Martignoles, Choreographer Casey Davidge and Musical Director John Schmidli, with Helen Knight as Choral Director. Newcomer Lauren Roberts is taking on the task of Costume Co-ordinator and Geoff Bown is leading the Set Construction crew. The challenging job of Production Manager is being handled by Jennifer Green from Lakes Entrance.

The musical calls for a unique blend of talents for the large on-stage cast and ensemble. All performers need to be able to dance, sing and act – a challenging combination of artistic abilities for professionals, and equally so for this committed cast and ensemble, as they combine busy personal lives and jobs with their rehearsals and practice.  As arduous as it all may seem, the passion and excitement of being part of a musical of this standard is clearly evident as the dedicated group fine tune their performances for the opening night in May.