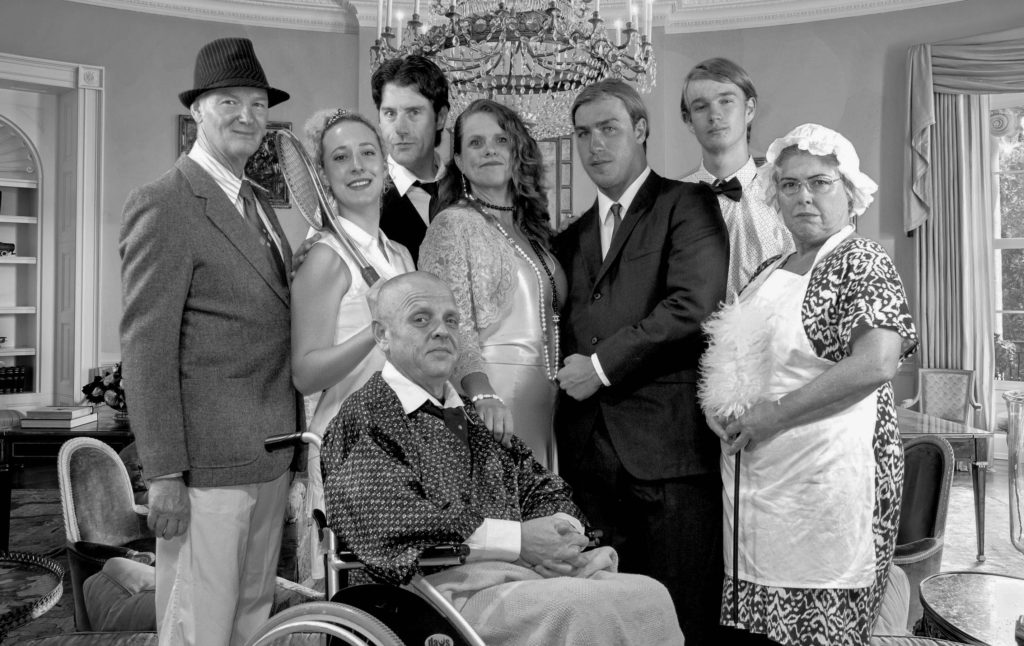 By arrangement with ORiGiN™  THEATRICAL, and on behalf of SAMUEL FRENCH  LTD.  Murwillumbah Theatre Company present a comic whodunit from the brilliant mind of Tom Stoppard and directed by Julie West.

LOVERS of murder mysteries are in for a shock  when Murwillumbah Theatre Company presents the brilliant Tom Stoppard farce The Real Inspector Hound from March 17-April 1. When feuding theatre critics Moon and Birdboot come to review a new Agatha Christie-like whodunit, they become implicated in the lethal atrocities of a suspected escaped madman. Drawn into the ludicrous plot, they reluctantly become part of the conflict on stage. The critics become players, and players critics.

The murder mystery – the play-within-a-play – is set at Muldoon Manor, a typical stage for the detective genre. A stately old house, perched on the high cliffs amongst desolate marshes. It’s the perfect setting for nefarious goings-on.

The two theatre critics, a cynical and pretentious second-string Moon and Birdboot, a pompous, philandering tabloid hack who uses his column to ingratiate himself with attractive actresses, are ripe for a fall. This is one play they will not easily forget. Whodunit? You’ll have to come along to witness this uproarious parody for yourself.

Tom Stoppard is considered England’s greatest living playwright and screenwriter. He was awarded a Tony for his play Rosencrantz and Guildenstern are Dead in 1968. Stoppard received an Oscar for his contribution to the film Shakespeare In Love and also wrote screenplays for films like Empire Of The Sun. He was later knighted for his services to the performing arts. 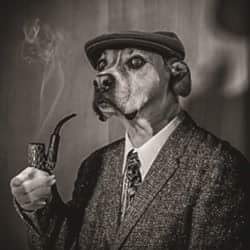 The Real Inspector Hound is one of Stoppard’s most-performed plays, with an intriguing plot that blurs the boundaries between actor, audience and critic. The main characters conduct a personal struggle to affirm their beliefs in a bewildering world. It is an example of Theatre of the Absurd, a style of writing that highlights the meaningless of human existence.

Hound is a side-splitting spoof on plays like Agatha Christie’s The Mousetrap, poking fun at actors, critics and the constabulary alike. What starts as a preposterous thriller, ends as a real-life expose.

The Real Inspector Hound is sheer entertainment as a comedy that combines intellectual depth and dazzling wordplay.

Director Julie West is at the helm of her seventh production for Murwillumbah Theatre Company. Her earlier successes include ‘Allo ‘Allo, Vicar of Dibley, Up Pompeii and last year’s tour de force The Foreigner.

Childrens' Theatre
0
When ByteSized Productions announced Xanadu Jr. as their major production for 2018, it met with a collective “Huh?”.  While some may have rejoiced at...