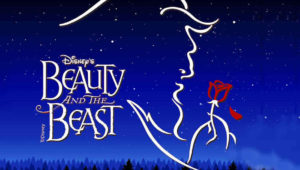 Director of BYTE Sized Productions 2017 show Beauty and Beast Lachlan Murray said the number of kids auditioning was overwhelming with the total number probably around 180, for about 60 roles.  It shows a real strength in local theatre and bodes well for other theatre companies in the Albury-Wodonga region and beyond.

One of the youngest to audition was 7 year old Georgia Wilson, who although she is a veteran of two major productions playing, coincidentally, an orphan in Albury Wodonga Theatre Company’s Oliver! and Livid’s Annie in 2016, is auditioning for the first time in a BYTE Sized Production.  While realistic of her chances of getting a role, her parents Ben and Jess Wilson recognise the benefit of learning a piece for audition and the confidence building that an audition in front of people you may not know can develop in a young child.  “And if she doesn’t get a role, well, there will be tears and tantrums, but after I get over that, I’ll be ok” said her father.

Those successful with their audition will need to be prepared for several months of rehearsing, and parents and other family members will need to be prepared for chipping in with costumes, set building and other behind the scenes activities.  The production will be on the big stage of the Performing Arts Centre in Albury with full lighting and sound effects so this is not some kids show done on the cheap.  Supported by initial funding from parent organisation AWTCo, the show will costs tens of thousands of dollars to put on, with audience numbers for the three shows in July hopefully exceeding 1500.

While the huge numbers of auditionees is great for the show, it does mean there will be many who will miss out.  For the first time Byte Size is proposing to offer a program to improve the skills of kids at auditions and acting in general.  The role of community theatre companies goes well beyond just putting on a show, and this sort of offer of support for those interested in community theatre demonstrates this commitment.  No doubt this, and future shows will be even better because of it.